The state-of-the art Constitution is full of good ideas and rich promises. The new order it envisages is based on a secure form of peace, a sustainable type of progress and an equitable kind of prosperity. These ideas resonate with ordinary folk who wish for a better life — if not for all, then at least for their children.

It is therefore not surprising that the voice of veteran independent journalist Martin Welz wavered somewhat when he plaintively asked Water Affairs and Sanitation Minister Nomvula Mokonyane at a Cape Town Press Club breakfast on January 28 what arrangements were in place for the old, the sick and children, to ensure that they get water when long queues at as-yet-unidentified collection points are the order of the day after the taps of Cape Town have run dry.

His question, despite its pertinence, was not directly answered by the battery of talent present to back up the minister. Even Western Cape Premier Helen Zille, present as a guest and sporting her unwashed hair look, just looked glummer as he asked his question.

What was not mentioned throughout the length and breadth of the minister’s presentation, and the question-and-answer session that followed, is that the constitutional rights of individuals in the drought-stricken parts of the Western Cape are being trifled with at all levels of governance. Apart from praying earnestly for rain and ordering folk to use less water the authorities give a shocking impression of being up the creek without either a paddle or any water.

The Bill of Rights guarantees access to water to all, subject to “reasonable measures” being taken in the light of “available resources”. These quoted weasel words do not mean the state can sit on its hands as water stored in dams becomes fully depleted. Its duty is to respect, protect, promote and fulfil the right to access to water.

The children’s position is stronger than that of adults. All those who are under 18 have an unqualified right to nutrition, which naturally includes life-sustaining drinkable water. This entitlement is a fully claimable right that the state is obliged to fulfil, because the best interests of children are paramount in the new order as it strives for that elusive “better life” for all.

Because the Bill of Rights is justiciable (legalese for “you can sue the state to enforce it”) all Capetonians in the under-18 age group — there must be about 1-million of them — are able to sue, duly represented by a parent or guardian, either individually or as a member of a class, for delivery of their right to water.

How much water, and what kind of water, has been the subject of policy decisions in the past. The law does not require the impossible. If there is no water in the land and no means of getting any, the right is hollow. SA has not yet reached that point.

The standard set for “free water” applies: 25 litres of drinkable water per person per day is the amount the state has decided upon. That is enough water for drinking and cooking. There would even be enough left over for a sponge bath and toilet flush (using the basin’s content as a “grey water” element of the flush).

Indeed, the latest restrictions due for implementation on February 1 envisage double the free water limit, with a gratuitous suggestion that of the 50 litres per person per day allowed,
2 litres would be for drinking, 2 litres for cooking, 18 litres for flushing and the rest for washing bodies, clothes and dishes. This presupposes that only 8% of the restricted water use recommended need actually be of drinkable standard. It is possible to wash, do laundry, clean dishes and flush away water-borne sewage without the luxury of drinkable water.

The principles and values that inform the public administration’s activities are instructive in determining what the legal limits of water use may be. The public service is enjoined to promote “efficient, economic and effective use of resources” in a development-oriented public administration that is transparent, accountable and responsive to people’s needs. It is all set out in section 195 of the Constitution. And it is widely ignored. The issue that arises is whether, given the looming Day Zero scenario when the taps run dry, it is compliance with section 195 to supply drinkable water for so many uses for which non-drinkable water is suitable. When there is a risk that all water available will run out, it is irrational and unconstitutional to continue to supply much-needed drinkable water for uses that do not require that it be drinkable.

Surely the tenets of sustainable development, accountably viable governance, effectiveness, economy and efficiency all cry out against flushing away 18 litres of drinkable water per person daily, when thirst will be the order of the day so much sooner if this is allowed?

In fairness to the minister, she did look interested when asked whether it is sustainable, viable, effective, efficient and economical to supply drinkable water to people who are encouraged to use only 8% of it as drinking-standard water. The idea of using the existing reticulation system for the purpose of supplying nondrinkable water that is recovered through recycling, from partial desalination and from ground water that may not be drinkable, does not appear to have been seriously considered by officialdom, but it should be, urgently.

It is not beyond the wit of Capetonians to find a way to obtain their drinking water from sources other than the taps to which the municipal reticulation system is connected. Coca-Cola and the breweries are willing to help. Delivering returnable glass bottles of drinking water in the same way as milk was once delivered is possible; it would be a great job creator.

Those with the wherewithal could install technologically advanced filtration systems in their homes for the purpose of “polishing” the nondrinkable water coming in from the recycling, the ground water and the sea to a standard that renders it drinkable.

Connecting all toilets, not just new ones, to a grey water supply should be the order of the day. It is not. Actually, none of the innovative ways of dealing with the crisis seems to be under consideration by officialdom yet.

Organisations such as #waterforcapetown are full of ideas that so far have fallen on barren ground with those responsible for policy making. It may be necessary to complain to the public protector about the maladministration involved; to the South African Human Rights Commission about the threat to human rights that the supine approach of officialdom constitutes; or to the courts for declaratory, mandatory and supervisory relief.

Meanwhile, water users in the Western Cape are on their own. 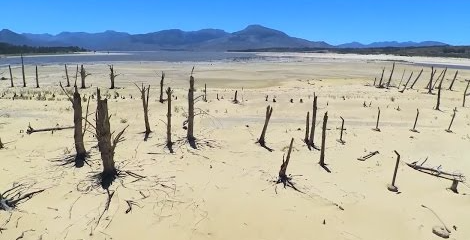 • Hoffman SC is a director of Accountability Now