Gordhan should focus on cutting cadre deployment and stemming corruption

Finance Minister Pravin Gordhan is seeking tips from ordinary folk in the run-up to the medium-term budget policy statement. It is undeniable that the triple challenges of poverty, unemployment and inequality are the most pressing of the problems that need to be tackled on October 26 when he rises in the National Assembly to present his plans, which as a matter of policy, should align with the National Development Plan.

The funding of higher education is but one facet of dealing with poverty. SA is a country of at least 54-million people, yet only about 6-million are taxpayers, 9-million are unemployed and 18-million are recipients of state grants. All of these categories are growing rapidly — except the number of taxpayers. This is ominous and probably unsustainable on the current economic trajectory.

SA has, since 1994, been a multiparty constitutional democracy under the rule of law. The Constitution is supreme and includes a justiciable Bill of Rights that obliges the state to respect, protect, promote and fulfil the various rights guaranteed to all in it. There has been a de facto and somewhat dysfunctional “dominant party democracy” until recently, but now, with four metros and one province no longer in the hands of the governing alliance at national level, multiparty democracy is beginning to manifest itself more healthily.

A political future in which coalitions emerge is likely. The minister would be well advised to plan accordingly. This involves considering alliances with the red team (EFF) or the blue team (DA), depending on the trajectory the yellow team (ANC) chooses.

Some in the tripartite alliance of the ANC, South African Communist Party and the Congress of South African Trade Unions have a red tendency, hankering after the hegemony promised by the national democratic revolution (NDR). Hegemony is incompatible with the values of the current constitutional order and plainly has no place for multipartyism or even participation in coalitions.

It is time the call of Kader Asmal to abandon the NDR, made in 2010, is heeded. The NDR does not impress voters: it must be discarded in favour of whole-hearted support of constitutionalism as it receives expression in the Constitution. This is a blue tendency.

Embracing and upholding the Constitution is the right way forward to a better life for all, a major goal of the minister’s yellow team. Hegemonic control of all the levers of power is incompatible with the doctrine of the separation of powers, with the proper maintenance of checks and balances on the exercise of power including an independent judiciary, fully functional Chapter Nine Institutions and with a free media. The supremacy of the rule of law is posited upon drawing a bright line between party and state. The red team does not do this, the blue team does. The yellow team tends to blur the line.

This decisive step towards constitutionalism will involve the scrapping of cadre deployment in the public administration, a practice that is both illegal and unconstitutional, and substituting greater adherence to the principles and values spelt out in section 195 of the Constitution in its place. A comprehensive human resources management audit (such as that being carried out in Tshwane) will be needed to enable the employment practices in the public administration to become compliant with the needs of a modern, effective and efficient economic order.

Many public service jobs will be shed, and consideration will have to be given to reducing the size of the Cabinet and other spending on the “obese elite”, made famous by the writing of Andrew Brown and the research of the Centre for Evidence-Based Healthcare at Stellenbosch University into the stress-related ill-health of public servants. A bloated public administration is a curse, a drain on the resources of the fiscus and an unwise way to employ those who have the capacity to be productive.

Next, the minister should turn his attention again to the thorny issue of corruption. He has observed, in a speech he made to the Western Cape Chamber of Commerce in August, that if only a quarter of the manipulation of prices in public procurement were to be eliminated, this could save the government R40bn a year. Needless to say, if this form of patronage is entirely eliminated, an extra R160bn becomes available for housing, education and healthcare, among other expensive human rights, each year.

The combating of corruption requires a best-practice solution. The Hawks are clearly not cutting it — the minister knows this better than most. The creation of an integrity commission under Chapter Nine of the Constitution to follow through on and supplement the good work of the auditor-general and public protector is the best way to deal with corruption decisively. The minister should accordingly encourage the members of the constitutional review committee of the National Assembly to accelerate their deliberations on the draft legislation and constitutional amendment they at present have under consideration, with a view to establishing the integrity commission without delay.

The first task of the commission should be, in conjunction with the South African Revenue Service, to conduct lifestyle audits of all (yes all, not just those randomly chosen from out-groups) members of the executive branch of government at all levels, from the Cabinet to the smallest municipality, irrespective of their party political allegiance. A focus on raking back ill-gotten gains and the ending of the culture of impunity should be the priority, especially in municipalities. There is more than R700bn on the table, according to some estimates.

Consideration should also be given to the invalidation or cancellation of procurements that have been effected in the past without due regard to the legal criteria for procurement, the laws regarding the borrowing of funds, and that are tainted by the incidence of bribery and corruption.

Useless acquisitions (think jets, submarines and frigates) could be returned or sold off; privatisation or partial privatisation of state-owned enterprises could also relieve the fiscus of many burdensome obligations. This will free up funding for the proper delivery of the promises of the Bill of Rights, including education at all levels.

The best ways to accelerate economic development are to create jobs that are aimed at adding value to natural resources currently under-exploited in mining and agriculture, as well as to step up service delivery of the rights guaranteed to all in the Bill of Rights; notably education, access to housing, healthcare and an affordable social security net.

Honest infrastructure development in the housing, transport, water and agricultural sectors is much needed and could put the currently unemployable youth to work. Chris Hani’s idea of a South African Peace Corps should also be reconsidered — requiring the youth to do something for their country (either before or after tertiary education) could be a refreshing change if it is applied across the board and not only to medical graduates.

Perhaps the Fees Must Fall movement is an opportunity to reconsider the economic thinking that informs the size of the tax base in the country. The private sector is sitting on R600bn that it is too nervous to invest in the current climate. What if we turn our national anxieties into excitement about the future? What if we are able to reinvent our whole education system, from early childhood development to postgraduate level, by using cutting-edge technology?

Rolling out high-speed internet to the poorest of the poor in SA could be the beginning of a new education system via a digital revolution that offers free, open-source education to everyone. This is a sustainable form of decolonisation of the 500-year-old higher education system that perhaps needs to be dragged, kicking and screaming, into the 21st century.

Maybe one day the nation will thank the angry students as we thank the class of 1976. Be bold, minister, and usher in a brighter, corruption-free future via quality education and sustainable job creation that will conquer inequality and poverty.

Hoffman, SC, is a director of Accountability Now. 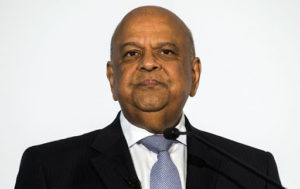