LETTER: No substitute for the ICC

It is axiomatic that human rights violations are inconsistent with our supreme law, and in particular with the duty of the state to respect, protect, promote and fulfil all of the rights enshrined in the Bill of Rights everywhere.

Membership of the International Criminal Court (ICC) is an effective way to protect human rights from the ravages of international crimes against humanity in a manner that is consistent with the Constitution. There is no acceptable way to leave the ICC without replacing SA’s membership of that body with an effective substitute, even if Parliament is so ill-advised as to support the hare-brained half-formed scheme of a national Cabinet that is feeling the heat of its lawlessness around the Al-Bashir case.

The point is that should the laws domesticating the Rome Statute and SA’s membership of the ICC be repealed without being substituted with something more concrete than “peace-making efforts” in Africa that involve turning a blind eye to criminality of the kind the ICC deals with, then the repeal itself will be open to being impugned as a law or conduct that is inconsistent with the Constitution. This conclusion is the only sensible interpretation of the binding rulings of the Constitutional Court in its seminal Glenister judgments.

This point, which appears not to have been raised in the pending urgent applications to stop SA’s departure from the ICC, demonstrates the wrong-headedness of withdrawing from the ICC without any effective “Plan B”.

Peace-making with war criminals is not sufficient; our human rights culture simply does not countenance this form of activity. 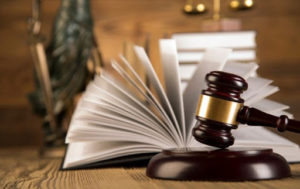